1st to 3rd Base Running

Outfield coach can throw a ball (be sure to have a tennis ball or cloth/mush ball) to another coach acting as third baseman who can catch the throw and apply a tag.

The kids love this variation, especially because they can slide into third!!! 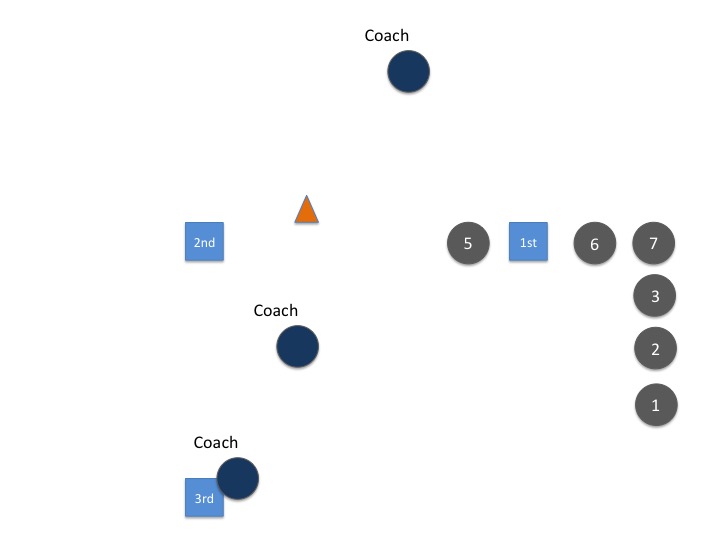