Skip to content
Next
3 Core Concepts of Rotational Hitting 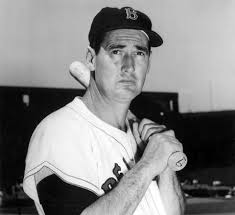 Watching the swing in slow motion reveals that the hips pop (not by squishing the bug) from the front side.  As the hips pop and begin to rotate toward the pitcher, the upper body moves very little.  Separation occurs between the top half and the bottom half of the body.

This separation is called torque and is the source of power in a baseball  swing.

Hands Staying Inside the Ball

Keeping the hands inside the ball means that the elbow gets to a spot near the ribs as the hitter gets into the approach or short 3 position.

At this point, as the hands begin to move they move in a circular path rotating with the upper body.

Many youth hitters throw their hands out to the ball, but this causes their hands to work against the upper body and not with it.  When done correctly, the hitter who keeps his hands inside the ball will be able to  keep more balls fair, and he will have a short compact swing.  Compact swings are the most powerful type of swing, and they allow hitters to wait for the ball a split second longer than players that have long and slow swings.  In the image below the hitter’s hands move in a circular fashion even though the pitch is on the outside part of the plate!  The hands follow the upper body as the upper body rotates around its axis!