This FUN game helps players practice the route they should take to cover first base on an infield ground ball when they are pitching.

In addition, players who catch the ball, then should make a second play on a runner who is rounding third base and heading home. It is ALWAYS important to make sure a player thinks of a second play after the first play! 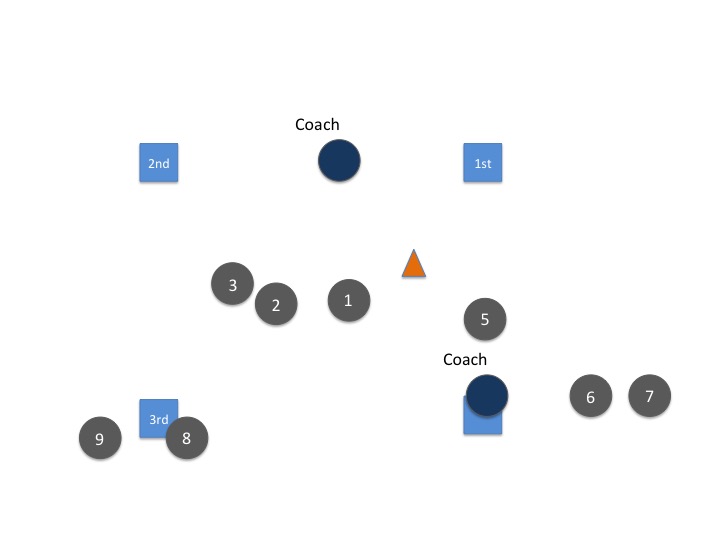