Teaching rundown defense does not need to be confusing. Below are some videos to help players and coaches understand how rundown defense when a runner gets caught in a rundown. There are a lot of ways that coaches teach rundown defense, we have had a lot of success at all levels implementing the techniques below.

There are 3 key parts of a successful rundown play:

Why circle back after the throw? If the fielders follow their throw, they are running into the base runner who is moving opposite of where the ball has been thrown. If contact is made, the runner is awarded the next base. To avoid this possibility just have the fielders circle back.

Where do Players Go?  Front + Back Man

Role of Front and Back Guy in Run Downs

Rundown between 1st Base and 2nd Base

Pitcher goes to 1st and becomes 2nd player in rundown behind 1b1st BasemanShortstop goes to 2nd base and anticipates runner running to 2nd and receiving ball from first baseman.2nd Baseman goes into baseline, ¾ of way to 2b and anticipates the runner not running hard, calls for ball from the back man and makes tag

What Happens when we Pick Off a Runner at First?

Players Involved in Rundowns if the runner is picked off at First Base:

What Happens When you Pick Off a Runner at 2B?

Rundowns between 2nd Base and 3rd Base

Rundowns between 3rd Base and Home

Share this Coaching Academy Resource with your Coaches, Parents, and Organization! 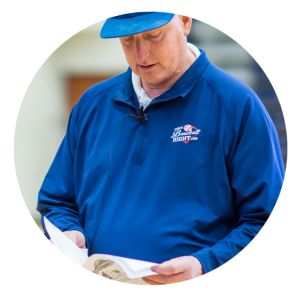 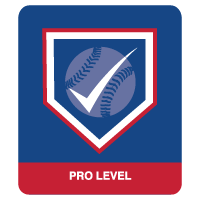 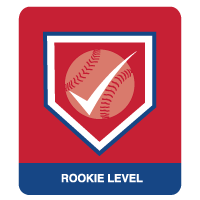